Inflation is hurting the Hispanic community, but we can fix it with these five solutions.

If your stress levels are skyrocketing right alongside the country’s soaring inflation rate, you’re not alone. The increased cost of living is taking a huge toll on many Americans’ wallets, grocery bills, gas tanks, and stress levels, as everything we need is quickly becoming more and more expensive.

Not to mention, Hispanics are reportedly feeling the financial strain at a much greater rate than many other Americans.

It’s time to take the necessary steps to decrease the cost of living for our community, and all Americans. Here’s what you should know about inflation and how you can be a part of solving this issue for good.

To put it simply, inflation is when you pay more but get less. Inflation devalues the dollar and reduces your buying power.

That results in you paying more at places like the gas pump and grocery store, but the extra money you’re paying doesn’t get you any additional goods or services.

That’s why the answer of how to decrease the cost of living for the Hispanic community lies in effectively addressing inflation.

Why is inflation increasing?

Politicians have been quick to point the finger at the COVID-19 pandemic, the immoral and unjust Russian invasion of Ukraine, and “greedy” businessmen for increases in inflation. But as the saying goes, “when you point one finger– there are still three pointing back at you.”

While there are quite a few factors causing inflation ultimately, almost all of them point back to Washington and our government’s reckless spending and printing of money.

Basic economic theory dictates: the more money a government prints, the less each dollar will be worth. Yet as the dollar continues to be worth less and less, our government continues to print and spend more and more.

The U.S. money supply has grown over 40 percent since the pandemic began and our national debt is over $30 trillion dollars, roughly $240,000 per taxpayer. Out-of-control government spending, borrowing, printing, and regulating are the true culprits of rising inflation in the U.S.

Latinos have been drivers of economic growth in America for years. However, Latino businesses and consumers often feel the pain of rising inflation more than other groups of Americans. Here are a few reasons why.

The effects of inflation on Latino businesses

First, our community opens businesses at a faster rate than other population groups in almost all industries. And although these Latino-owned firms grow revenues faster than your average American business, inflation rates are threatening companies’ buying power. Decreased buying power caused by inflation leads to skyrocketing costs for supplies and services needed to run a business.

In short, rising inflation is leading to decreased profits and increased spending for Latino business owners.

According to a Bank of America research report, Hispanic and African American households spend a higher percentage of their income on staples — like food, gas, and energy than other Americans. However, these necessities are more prone to price increases than many other consumer goods.

The result? On average, Latinos consumers are harder hit by the impacts of inflation than many other Americans. To decrease the cost of living for the Hispanic community, inflation must be addressed. 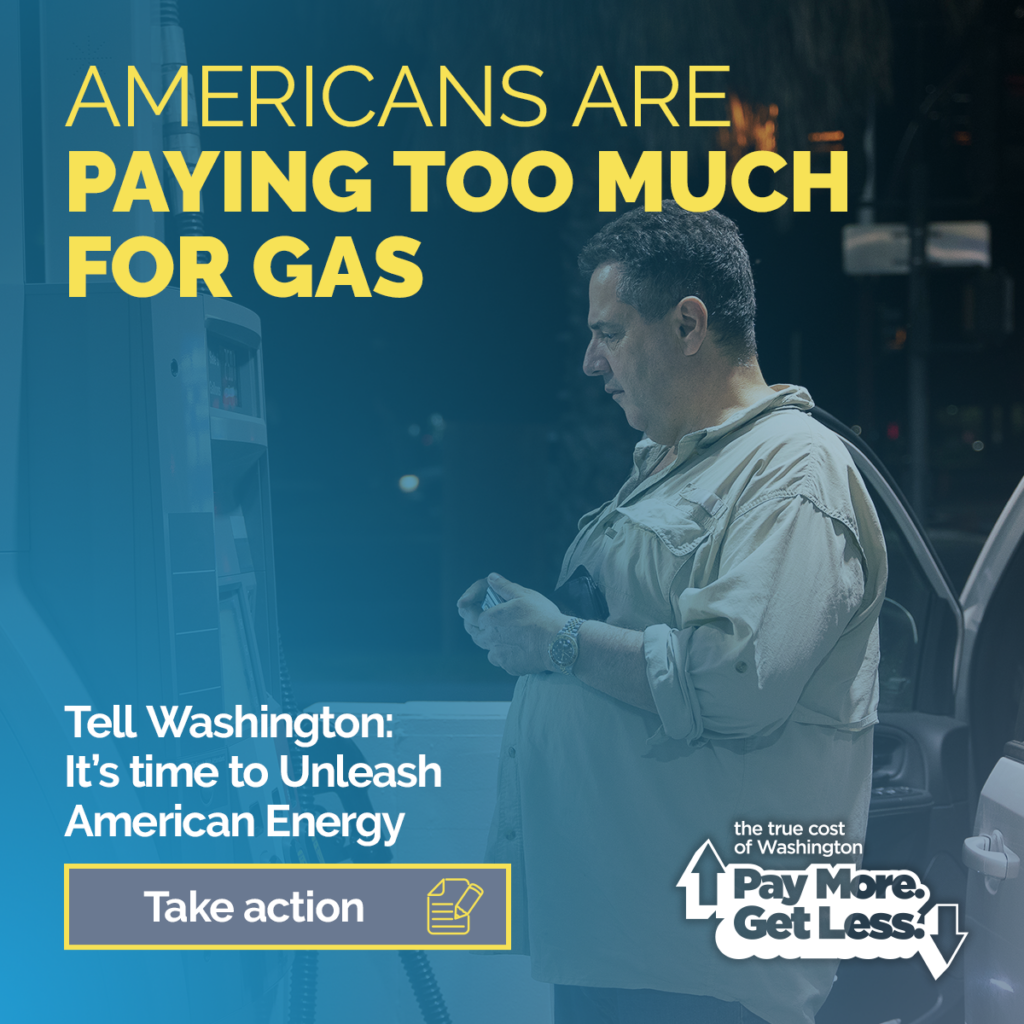 The best methods for controlling inflation

Bad policies may have caused inflation, but good policies can also right these wrongs. Here’s what action must be taken to effectively control inflation:

The cost of gas in 2022 has a lot less to do with Russia’s immoral, unjust war in Ukraine than Biden’s administration would like you to think. In fact, the war has just become a convenient scapegoat for the administration while they institute policies that restrict consumer choice and stifle innovation. These choices do nothing but cause the price of gas to rise higher and higher.

To bring energy costs down, we must demand Congress remove the barriers to energy innovation, oppose costly taxes on carbon emissions, and streamline permitting and licensing requirements for all types of energy.

For our economy to work properly, the government needs a limited role. Their role should solely be based on protecting individual rights, enforcing contracts, and punishing and deterring fraud.

Unfortunately, our country is currently a far cry from this ideal free market system. Instead, the government has been picking winners and losers and awarding favors to the politically connected. For example, in a recent six-year period, the federal government doled out $4.4 trillion to the top 200 U.S. companies.

This is only one example of crony capitalism — and on its own, it cost each American household roughly $35,000! It’s time to end all special government favors, including subsidies, tax credits, and anti-competitive regulations.

Wondering what’s behind those rising prices at the store? Part of the problem is too much trade regulation. Barriers to trade, like the Jones Act and fertilizer tariffs, have forced manufacturers to ship their products in slower, costlier ways.

For example, the 1920 Jones Act requires all cargo shipped between U.S. ports be on ships built in the U.S., crewed by Americans, and owned by Americans. This antiquated law eliminates competition, which leads to high shipping costs. Those costs are then transferred to you, as a shopper.

If Congress is serious about finding out how to fix supply chain issues, they must start slashing the red tape and regulations that are stifling the free market. Tell your Congressperson that trade tariffs, the Jones Act, and other burdensome regulations must go!

Why have wages gone down as prices soar? Because state and federal barriers devalue work, create cycles of dependency, and prevent people from finding fulfillment in the profession of their choice. The government is turning a blind eye to the benefits of flexible work arrangements that give everyday Americans power over their paychecks.

This has got to change.

We need legislation that makes it easier for people to pursue independent, flexible careers and policies that increase scheduling and work location flexibility.

5) Joining the movement to rein in government spending

Getting inflation under control is the number one policy priority for the majority of Latinos. However, to decrease the cost of living for the Hispanic community, we must demand action.

Join the fight to tell your lawmakers to end reckless spending, allow energy producers to produce, give workers the freedom they need to succeed, and unshackle the free market from burdensome regulations and special interests.

Send this message loud and clear to your elected officials.