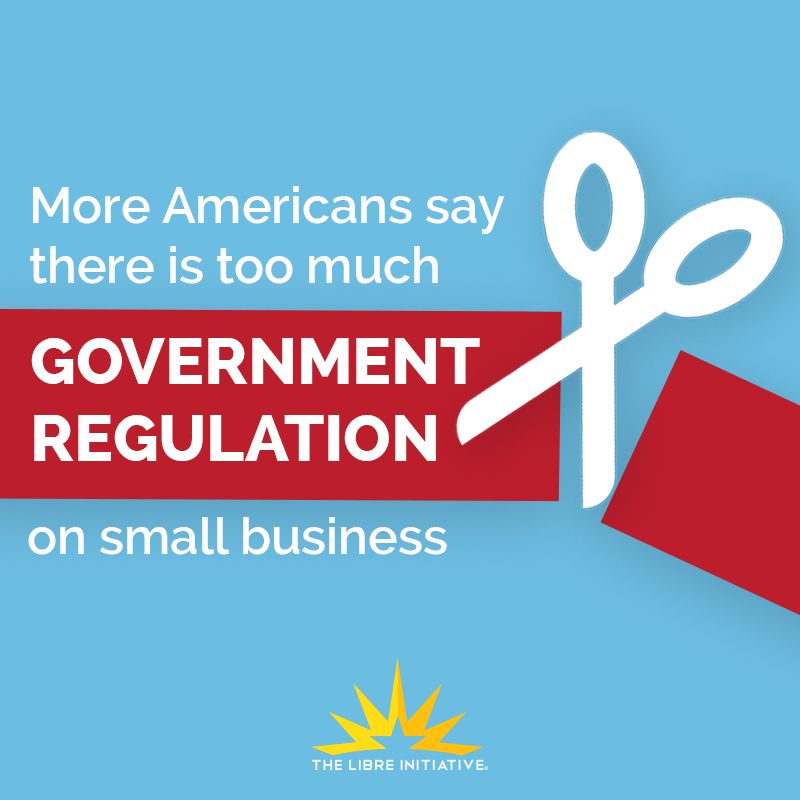 Regulations make it harder for the Hispanic entrepreneurs who built more than four million businesses in the U.S. to support their families, earn a profit, hire more employees and grow their companies. Latinos are significantly more likely to be entrepreneurs who start their own businesses compared to the average member of the U.S. population overall, and government regulations make it significantly harder for those startups to get off the ground.

Government regulations also depress wages for employees. Latinos already have a median household income more than 20 percent lower than the national average. Regulations make it harder for families to get by.

The number of rules businesses have to comply with is only getting worse. The Federal Register, a list of the proposed and final rules the government puts out, added more than 15,000 pages in just 2016 alone. The register is now more than 95,000 pages long.

If lawmakers want to help Latino workers and entrepreneurs – as well as all other Americans – they should reduce the burden of excessive regulations that are holding people back. They should also support tax reform that removes unnecessary burdens on Hispanic families and businesses. Lowering the tax rate and closing loopholes can help level the playing field and make it easier for Latinos to get ahead.

If you believe it’s time to unrig the economy, and pass tax reform that helps all Americans save and get ahead, click here to send that message to your legislators.