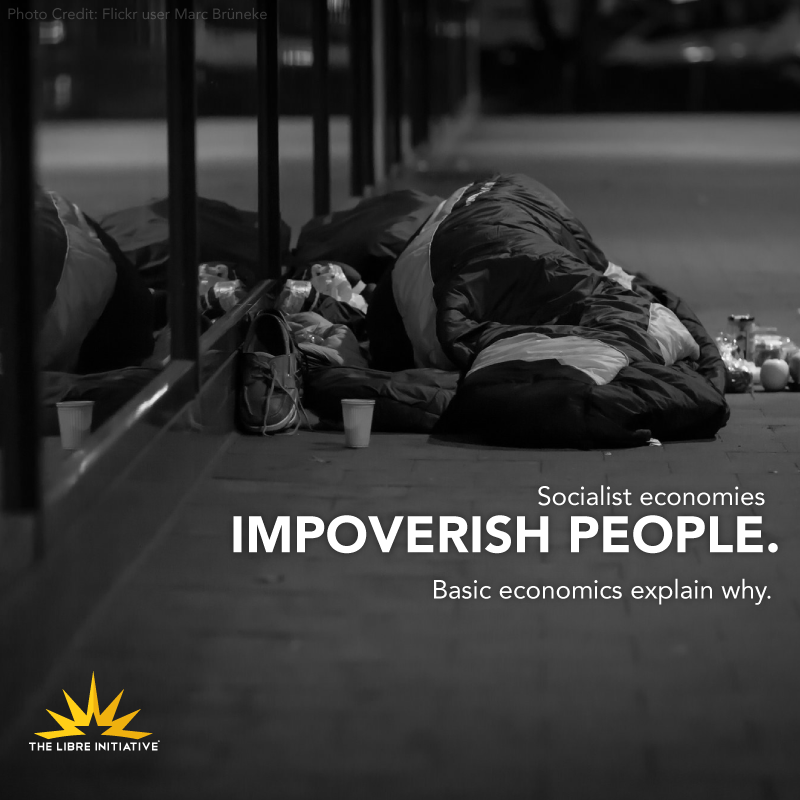 The Panama Post reports that more and more Venezuelans are eating from garbage to stay alive.

Reporter Sabrina Martin writes, “The political crisis in Venezuela, food shortages and the decrease of Venezuela’s purchasing power has reportedly caused more than 70 percent of its population to suffer weight loss, pushing many to eat out from garbage left on the streets.”

One national figure called on more fortunate Venezuelans to separate non-edible garbage from food waste and to label the food so it’s easier to find. Martin said, “Father Jose Palmar posted on social media this week about labeling discarded waste so those looking through it for food can do so more easily and ‘with dignity.’”

Foreign Policy, also reporting on the extreme measures Venezuelans are taking to feed themselves, found that, “Three quarters of the country’s population lost an average of over 18 pounds over food shortages in 2016.” That year, “over 80 percent of foodstuffs disappeared and many had to get by with one meal a day.”

This episode is the latest in an ongoing crisis caused by a combination of what Foreign Policy describes as, “Heavy-handed regulations, price controls, and a campaign to nationalize major industries.”

Individual freedom and economic opportunity are the only way Venezuelans will be able to eventually put food back on the table. As Daniel Garza, president of the LIBRE Initiative, has said about the need to respect the rights of Venezuelans:

“The people of Venezuela have been struggling for years to secure their liberty. The regime has restricted free speech and freedom of the press, undercut the rule of law, and encroached on individual freedom. The people are now suffering high inflation, a lack of economic opportunity, and an economy that doesn’t even deliver on basic needs. We stand with all those who struggle and fight for individual freedom.”