Florida Could Make It Harder for Government to Steal Your Stuff 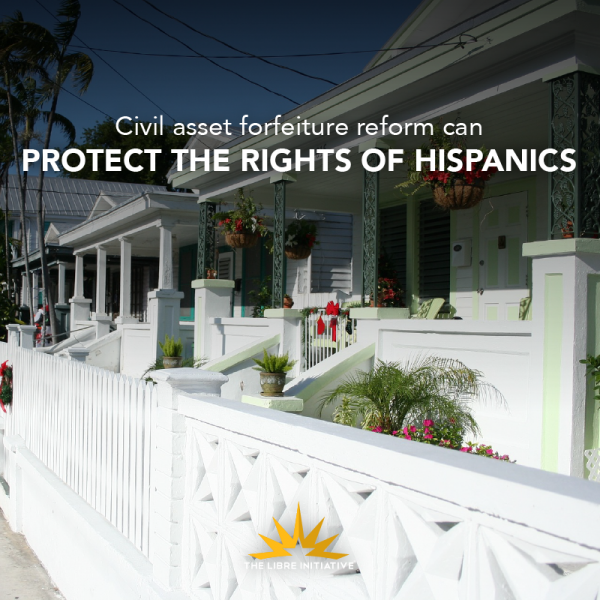 The Florida Senate unanimously passed a bill sponsored by Sen. Jeff Brandes (R-St. Petersburg) last Friday which would reform civil asset forfeiture in the Sunshine State, a controversial practice whereby police seize the private property of citizens on the mere suspicion that it may have been connected to a crime, whether the person is guilty or not.

The reform bill has now moved to the Florida House. Under the new law, police would be required to have a conviction of a crime and proof that the property was involved in the crime for the assets to be seized. This appalling practice disproportionately affects Hispanics, and for the more than 4 million that call the Sunshine State their home, civil asset forfeiture is a significant barrier to opportunity.

“Property rights are pivotal to the foundation of liberty, and civil forfeiture has been eroding that foundation for decades,” stated Sen. Brandes in a press release. He added:

“Today we have strong bipartisan support behind the simple notion that the government should have to arrest you before they can take your property, and if they want to keep your property because they believe it is contraband then the government must seek the highest standard our justice system affords – proof beyond a reasonable doubt.”

Florida has been given a score of D+ on civil asset forfeiture, according to the 2015 Policing for Profit study by the Institute for Justice, a national libertarian law firm. The abysmal ranking stems from a wide range of factors, such as the perverse incentives Florida’s system creates. Because up to 85 percent of forfeited funds go directly to the police departments that confiscate them, civil asset forfeiture gives the police have a strong incentive to seize the property of innocent people. According to a study in Oklahoma, nearly two thirds of seizures come from minorities including Hispanics, representing a significant racial disparity.

Worse still, Florida police are not required to publicly report forfeitures or provide receipts indicating the value of the property seized. Based on what data is available, police departments seized more than $117 million in cash, property, and vehicles from 2009 to 2014, regardless of whether the victims were innocent or guilty. This is not acceptable. Nationally, the United States reached an appalling milestone in 2014: for the first time in recorded history, police seized more money and property from citizens than all burglars and thieves combined.

According to Grover Norquist, President of Americans for Tax Reform, this kind of abuse should be unacceptable for lawmakers in Tallahassee. “Civil asset forfeiture is the kind of system which undermines the trust between hardworking law enforcement and their communities,” acknowledged Norquist in a statement praising the Senate Judiciary Committee on the bill. He added:

“By leaving the door open to arbitrary abuse, mutual trust between communities and the men and women tasked to protect them is compromised. In a country based on the rule of law, no one should fear that they could be deprived of their property without the opportunity to defend themselves.”

Hispanics face significant barriers to opportunity in America today, and civil asset forfeiture reform has the potential to protect private property, due process, and the rule of law for millions of people. Unless the citizens of Florida are secure in their property, their ability to prosper and earn a living will always be at risk. Thankfully, the current bill is a step in the right direction. For the more than 4 million Latinos who live in the Sunshine State, demanding further reform should be a top priority in the year ahead.