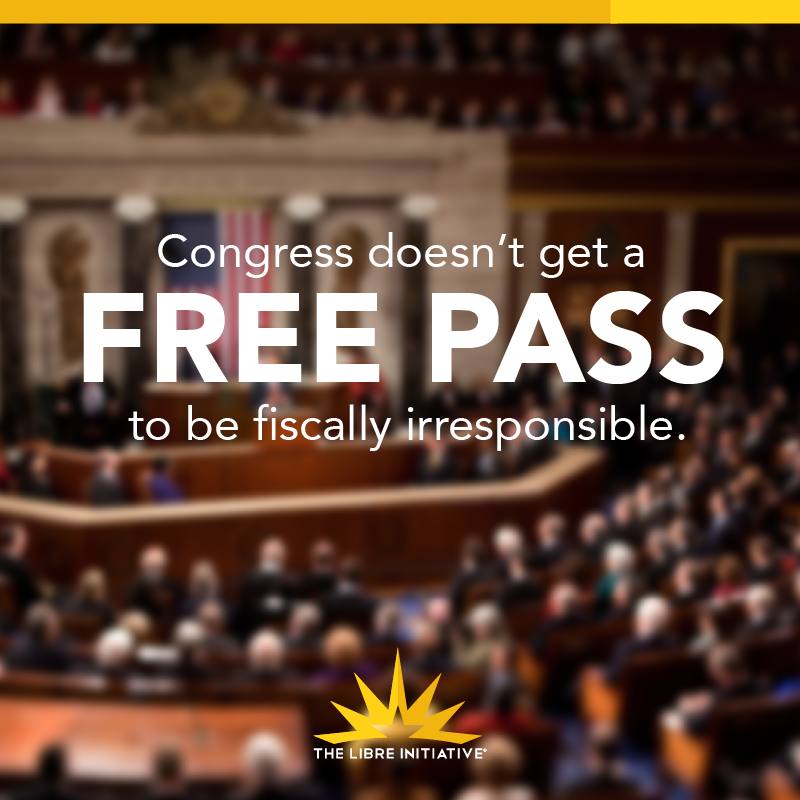 For the second time in a decade, the Federal Reserve raised its benchmark interest rate last Wednesday by a quarter of a percentage point and it anticipates more increases in 2017. While this change is generally received as a welcome development by savers – as the money in our savings accounts will finally start yielding greater returns – its impact on the national debt will finally bring to light the full cost of our government’s fiscal irresponsibility. U.S. Hispanics are a young demographic, and the burden of future debt weighs heavily on their shoulders. Any politician who wishes to effectively represent the interests of the Latino community should offer a plan to curtail the growth of that debt and safeguard our financial future.

It is not unusual for economists and pundits on the left to claim that our national debt does not matter. In their view, it would be a sin not to borrow in an environment of low interest rates. But what they don’t realize – or maybe don’t want people to know – is that borrowing and adding to our national debt is not free. Congress doesn’t get a free pass for being fiscally irresponsible. Every year, our government makes interest payments on that debt, whether we like it or not. And with the Federal Reserve now raising the rates, those payments are going up, draining more and more resources from everything else. For all practical purposes, every dollar we spend on paying the interest of our massive debt is a dollar that could have been left in the pockets of hard working taxpayers where it belongs.

As explained in a recent analysis by the Committee for a Responsible Federal Budget, last year the federal government paid a net $241 billion to service approximately $14 trillion of debt. As CRFB notes, “even at today’s exceptionally low interest rates, this is already more than we spend on the Departments of Homeland Security and Veterans Affairs combined. It is also more than our combined spending on the Departments of Education, Labor, Housing and Urban Development, and Transportation.”

And if spending more on the interest on our national debt than we do to finance the U.S. Department of Education seems absurd, things are going to get even stranger very soon.

As highlighted by CRFB:

To put that number into perspective, our national defense budget was approximately $600 billion in 2015. Net interest payments on the national debt are projected to reach $830 billion a year by 2026. Assuming defense spending keeps growing in line with Congressional Budget Office forecasts, in 10 years or less we will be paying more to service the debt than on the entire defense budget of the United States. We would be essentially funding an invisible army – an army of debt.

If lawmakers do not take swift action to safeguard our financial future in the New Year, the federal government will very soon be paying more money to service the national debt than it does on the entire defense budget. You don’t have to be a war hawk to see that our ever expanding national debt has implications that reach far beyond our finances. When government grows too large and spends too much, it loses the ability to fund other vital functions, and is forced to make tougher and tougher sacrifices to stay afloat. Instead of feeding the beast, let’s put that money back where it belongs: with the taxpayer.