The Export-Import Bank: Bad for Small Business, Bad for Hispanics, Bad for America 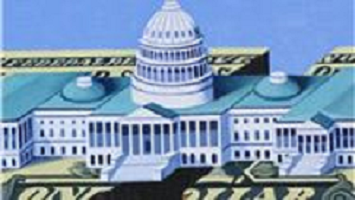 In June of this year, the Export-Import Bank of the United States is slated to expire unless Congress votes to reauthorize it.  The bank, commonly known as Ex-Im, is a New Deal era government-owned financial institution that gives Credit , insurance, and loans – guaranteed by American tax dollars – to foreign companies in order to promote U.S. exports.

Opponents of the bank have argued that it provides no discernible benefit to the U.S. economy, and should not be re-authorized.  The bank’s supporters have pushed back, and argued recently that without the bank’s assistance, many small businesses and minority-owned firms would be forced to close their doors.  Moreover, the bank argues that its operations produce no net cost to the U.S. economy, and is entirely self-funded.  However, these claims do not hold water.  Unfortunately, the Export-Import Bank is bad for small businesses, bad for Hispanics, and ultimately bad for everyone.

First, the Export-Import Bank claims to support small business, but the bank’s activities actually only supports a handful of large companies.  The bank’s advocates like to claim that 99% of its customers are small businesses, but this claim obfuscates the fact that all customers are not created equal.  While some receive hundreds of millions of dollars in financing, others receive only small amounts of assistance.  In 2013, a whole 64% of the bank’s total assistance by dollar value went to only ten companies.  Moreover, the bank’s own definition of what constitutes a small business includes firms with up to 1,500 employees and $21.5 million in revenue.  According to the bank’s own reporting, barely 19% of its financing goes to what it calls small businesses, and the impact of this support on the economy is minimal.  Less than 1% of 1% of small businesses in the U.S. receive assistance from the bank.  The fact remains that the vast majority of the bank’s funding, activities, and benefits go to a handful of large corporations, not small businesses.

The Bank’s claims to support minority businesses, which its advocates use to justify re-authorization, are a similar stretch.  Less than 1% of the 28,531 minority owned export businesses in the United States receive Ex-Im assistance, representing barely 2% of the value of minority exports.  Hispanics make up the largest small business owning minority in the U.S., and in many cases taxpayer money is going to their larger competitors thanks to the Export-Import Bank.  Moreover, the overwhelming majority of Ex-Im funds do not go to states with the highest growth in Hispanic-owned businesses.  In fact, 43.6% of all Ex-Im disbursements went to the state of Washington alone, far from the Hispanic entrepreneurial heartland of Florida, Texas, and the Southwest.

Finally, the Export-Import Bank is a tool for politically connected large businesses to squash their competition.  Even candidate Obama once stated that the bank is “little more than a fund for corporate Welfare .”  Often, the bank’s subsidies to foreign countries put unfair pressure on American companies.  In 2012, it was estimated that Ex-Im subsidies to Air China, Air India, and others cost the U.S. airline industry up to 7,500 jobs and $684 million per year.  According to the CEO of Delta Airlines, “U.S. airlines today face that very competition from our own government in the form of Ex-Im loan guarantees – subsidies that are both massive and unnecessary.”  Furthermore, Ex-Im loan guarantees – much like the bailouts of the auto industry and the financial sector – reward failure by socializing losses and privatizing profits. When the company earns money from the transaction, it keeps the profits overseas.  When a company isn’t able to pay back its Ex-Im loans, the American taxpayer picks up the slack.  Over the next decade, Ex-Im will cost U.S. taxpayers an estimated $2 billion, according to the Congressional Budget Office.

The negative effects of the Export Import Bank on the American economy are too obvious to ignore.  Ex-Im is bad for small business, bad for Hispanics, and bad for everyone.  In a free market economy, government should not be allowed to play favorites at the expense of small businesses and the Hispanic community. This June, Congress should not interfere with a phase-out of the bank which is already scheduled in the law.  The Export-Import Bank should not be re-authorized.