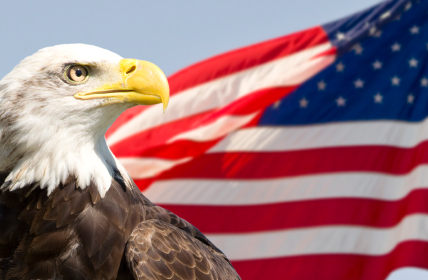 As summer winds down, Alabama students are preparing to head back to class. But while teachers everywhere will push students to excel in the classroom as a precursor to college admittance and/or a well-paying job, for a large segment of U.S. students neither is a true possibility.

There are roughly 2.5 million undocumented young people living in the United States and every year, approximately 65,000 undocumented students graduate from U.S. high schools. Many of these individuals were brought to the U.S. as young children, completely unaware that they were breaking U.S. law. Yet, without changes to our current immigration policies, their futures appear extremely bleak.

Without legal status, these graduates are unable to apply for federal loans or grants to pay for college. This lack of financial aid makes it nearly impossible for most to attend college—especially since many states force undocumented students to pay out-of-state tuition rates for state schools.

Currently only about 5 percent to 10 percent of undocumented immigrants pursue higher education. This is a clear problem: Studies show that individuals with college degrees earn higher wages, are less likely to experience long periods of unemployment, and are less likely to rely on social services.

In lieu of college, many will try to find work in order to earn enough income to sustain themselves and their families. But again, without legal status, these recent grads are forced to look for under-the-table employment—jobs that are insecure and often exploitive.

Refusing to allow these young people to participate meaningfully in the U.S. economy robs them of economic security and robs businesses of hardworking and innovative employees. There’s a broad consensus among both left and right-leaning economists that immigrants aren’t taking away jobs from Americans—in fact a recent study found that granting legal status to current undocumented immigrants would lead to the creation of 121,000 extra jobs annually over the next 10 years.

Immigration is an overwhelmingly positive force for the United States. It not only offers individuals from economically depressed countries the prospect of a brighter future, but also has a positive effect on native-born students and employees. A 2012 study in the National Bureau of Economic Research found that increasing the percentage of immigrants in a high school class increases the probability that native born students, especially black students, will graduate from high school. And a 2010 study by the Federal Reserve Bank of San Francisco study suggests that immigrant workers may boost productivity and stimulate investment among their native counterparts.

Passage of the Senate’s bipartisan immigration reform bill would offer the 65,000 undocumented students graduating each year an opportunity to be fully contributing members of society. The legislation would allow immigrants to be more productive participants in our economy, earning higher wages that they can then flow back into the economy with increased spending on goods and services. It would also allow currently undocumented high school students to apply for financial aid to attend college and fill the growing need for educated workers.

The U.S. is and always has been a nation of immigrants. It’s time for Congress to finally end the reform stalemate and offer all members of this year’s high school graduating class the same opportunities to pursue the American Dream.