ESTAMOS CONTIGO (We are With You) for Immigration Reform 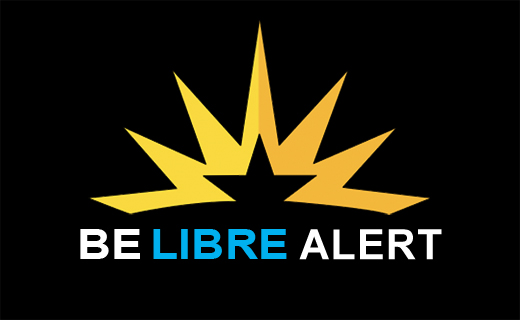 ESTAMOS CONTIGO (We are With You) for Immigration Reform

(Washington DC) – The LIBRE Initiative (LIBRE), a non-partisan and non-profit national grassroots organization that works to advance the principles of economic freedom in the Hispanic community so that they may prosper in the United States, is launching the interactive campaign ESTAMOS CONTIGO (We are With You) for immigration reform.  ESTAMOS CONTIGO supports the immigrants, job creators, community leaders and all who stand for immigration reform that will lead to a more prosperous United States. The multimedia campaign features an interactive page where visitors can send a letter to their congressman and senators encouraging them to reform our broken immigration system this year, share on social media, and watch a :30 second video spot scheduled to air in the following markets: AZ, CO, FL, NM, NV, TX and VA.

“With this campaign, we are giving people a voice and a vehicle to communicate directly with their elected leaders in Congress telling them to take action to achieve bipartisan immigration reform that will protect our borders, revamp our visa program and address the 11 million immigrants who are living in our country without the authority to do so. It is crucial that our leadership continue working towards a solution to fix our broken immigration system this year,” said Daniel Garza, Executive Director of The LIBRE Initiative.

Father: I brought my family to the United States to be LIBRE (free)

Father– Thanks to the United States we have the opportunity to achieve the American Dream.

Narrator: The debate in Congress on immigration reform needs your voice. Join The LIBRE Initiative to urge your representatives to support reform so that others may also achieve the American Dream.

For more information about ESTAMOS CONTIGO, visit: http://www.thelibreinitiative.com/estamoscontigo/en.html. To show your support on Twitter: #EstamosContigo and download our logo to use as your Facebook cover photo. View campaign ad here.

The LIBRE Initiative is a non-partisan and non-profit national grassroots organization dedicated to informing the U.S. Hispanic community about the benefits of a constitutionally limited government, property rights, rule of law, sound money supply and free enterprise through a variety of community events, research and policy initiatives. Latinos have been disproportionately hurt by the economic downturn suffering from higher levels of unemployment and poverty. Our aim is to equip the Hispanic community with the tools they need to be prosperous. Connect with us on Facebook at The LIBRE Initiative and @LIBREInitiative on Twitter. For more information visit: www.thelibreinitiative.com.