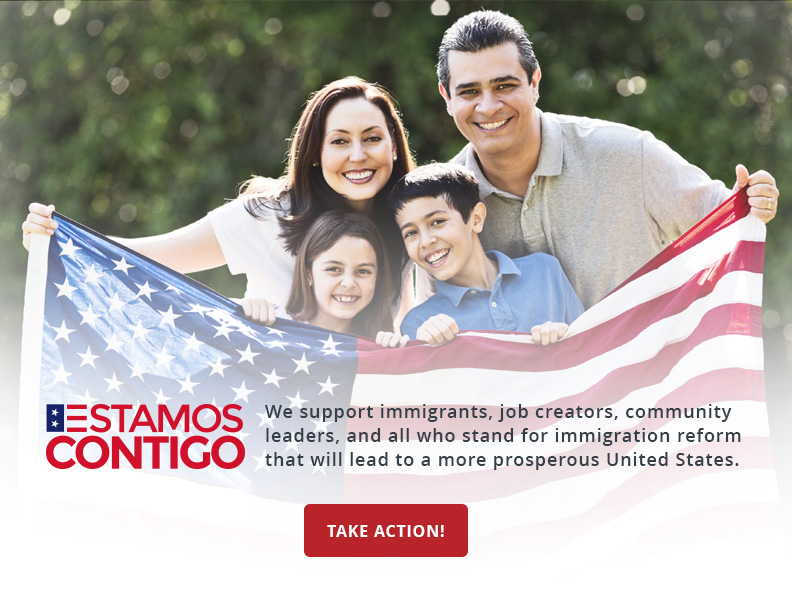 The action or process of making changes to something in order to improve it.  LIBRE today launched the multimedia campaign, ESTAMOS CONTIGO to  support the immigrants, job creators, community leaders and all who stand for immigration reform that will lead to a more prosperous United States.

It’s about giving people the platform to assimilate civically into our the fabric of our nation. No change comes without citizens raising their voices and reaching out to their elected officials.

As an immigrant myself, I understand the plight of those people in the shadows and their wish to become a part of society. Countless go under the radar each day, living in a world almost parallel to our own.

Free people in the pursuit of their dreams are a benefit to all of society. This is why 87% of Americans support immigration reform.

It is essential that our representatives in Congress rise above partisan divides and reach a bipartisan compromise that affords our country the opportunity to benefit from the hard work and talent of those who want to contribute and be a part of our great nation.

This is not a democratic or republican issue, it is an American issue, and that is why I believe the best past forward is to pass a market-based and employment-driven immigration reform. ESTAMOS CONTIGO allows folks to send a letter to their elected leadership who have this difficult task at hand, and that my friends, is the American way.

Tell us why you support Immigration Reform? Visit us on FB: The LIBRE Initiative or Twitter @LIBREInitiative, #EstamosContigo