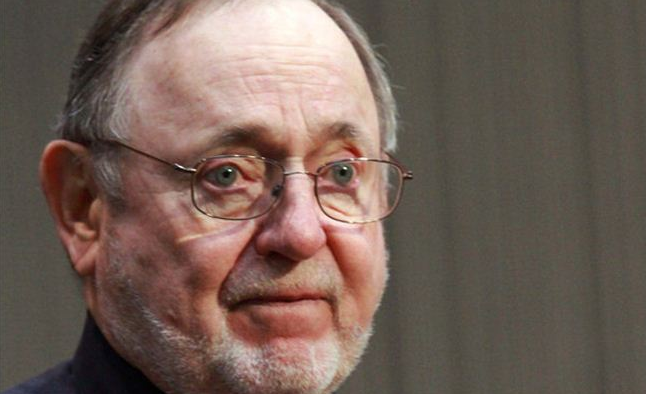 It is a truth universally acknowledged that a Republican elected official who casually uses the racist term “wetbacks” during a radio interview is a dunderhead of the first magnitude.

“My father had a ranch; we used to have 50-60 wetbacks to pick tomatoes,” Alaska Republican Rep. Don Young, 79, told radio station KRBD in Ketchikan on Thursday. “It takes two people to pick the same tomatoes now. It’s all done by machine.”

Republicans, whose self-inflicted injuries in the 2012 election cycle included calls for self-deportation, screeds against theDream Act and a suggestion for alligator-filled moats at the U.S.-Mexico border, scrambled into damage control mode.

House Speaker John A. Boehner, and just about every other sentient politician, wasted no time condemning his colleagueFriday morning: “Congressman Young’s remarks were offensive and beneath the dignity of the office he holds. I don’t care why he said it – there’s no excuse and it warrants an immediate apology.”

And there it was, a short time later, in a statement from Young: “I apologize for the insensitive term I used during an interview in Ketchikan, Alaska. There was no malice in my heart or intent to offend; it was a poor choice of words. That word, and the negative attitudes that come with it, should be left in the 20th century, and I’m sorry that this has shifted our focus away from comprehensive immigration reform.”

Sure, it could have been an old, dumb Democrat or independent making a racist remark. People of all political stripe say stupid things sometimes (insert Joe Biden joke here), but this is a moment that Republicans are desperately trying to convince suspicious Latino voters that the GOP has their best interests at heart.

“We have to win the math war — which we do a good job of — but we’re going to have to learn how to win the heart war,” Priebus told Roll Call, when he announced the initiative.

The whole episode is depressing to people like Daniel Garza, who once worked in the George W. BushWhite House and is now executive director of the nonpartisan group the LIBRE Initiative.

“It’s flat out distasteful,” Garza said. “Using that language is insulting. It’s divisive and he should know better.”

Garza’s group works to convince Latinos that conservative policies will lead to greater economic freedom, but when Latinos hear a pejorative like “wetback” used by a Republican elder statesman, it’s a blow.

“We’re in the middle of an immigration debate and what you want to contribute is constructive dialogue,” Garza said. “You want to advance reform, improve our economy, bring families together and remove the pall of illegality.”

The pejorative used by Young has particular resonance for a native Californian like Garza. Born in Dinuba, in the Central Valley, he moved around a lot with his parents, who picked grapes in California, apples and cherries in Washington and beets in Nebraska. “I thought that word was from a bygone era, no longer used.”

So did the rest of us.