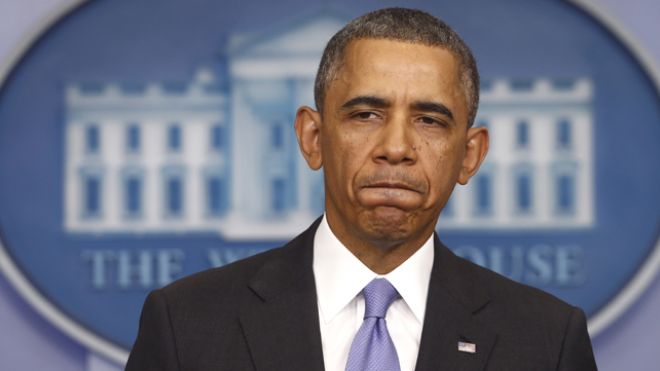 What makes a great president, or a great leader?

As Americans celebrate Presidents Day – or Washington’s and Lincoln’s birthdays – that question seems more relevant than ever. Great presidents left a mark: Washington is the Father of our Country, while Lincoln is hailed as the leader who saved the Union. And others like Franklin Delano Roosevelt, Thomas Jefferson, Ronald Reagan, and James Madison frequently make the list of America’s greatest leaders. These presidents exemplified qualities that set them apart – that defined them in the eyes of most Americans as leaders to be admired. But today, America is suffering from a void in leadership. Today, most Americans feel the country is heading in the wrong direction and a majority do not believe Obama is a strong leader.

Most would say that what sets our great leaders apart is the ability to recognize the dangers of the present and the future and prepare the nation to confront them. Washington cemented a host of democratic traditions that ensured the long success of our government – including the peaceful surrender of power. Lincoln refused to allow the nation to be torn apart – and set us on a path to ending slavery. FDR teamed with Winston Churchill to save the world’s liberal democracies, and Reagan revived the U.S. economy while pushing for a defense buildup that helped hasten the collapse of the Soviet Union without firing a shot.

Few presidents would measure up in a comparison to American heroes like these. But in a dangerous world, and at a time when the nation faces many challenges, we expect the president to have the wisdom and political courage to lead. When President Obama took office, there were plenty of problems before our country: the economic slowdown, the cost of health care, the growing national Debt , and the need to consolidate the gains made against Al Qaeda and other international terror networks.

After 7 years in office, the U.S. economy is experiencing some growth – but Wages are still not rising. The federal government is on track to record the 7 highest annual Deficit s in American history – and the national Debt has grown at a record pace. Insurance coverage has been expanded, but at far greater expense to the taxpayer. And on the international front, almost nothing has gone right. The “reset” with Russia has been followed by aggressive Russian expansion that is continuing today. Iraq has fallen into violence and bloodshed since the withdrawal of U.S. troops. And over the last few years, a new terror organization – ISIS – has taken hold of large parts of Iraq and Syria, and begun to establish a presence in other countries prompting the president to seek approval for the use of military force. Tellingly, the U.S. has closed its embassies in multiple countries in the Middle East due to rising violence and a growing threat. Iran, China, North Korea and other nations represent a growing challenge to America and its allies. In Latin America, authoritarian governments are on the rise, and defenders of human rights warn that we are losing ground.

Of course, no one can predict the future. When he first sought the office in 2000, George Bush saw himself as “the Education president.” No one could predict the events of September 11, which changed everything. But we count on our leaders to respond to changing events and choose the right course of action despite pressures on all sides. Ultimately history will judge how President Obama led, but right now polls show Americans increasingly question his leadership and worry about a world that seems to be growing more dangerous by the day. And the view from those abroad isn’t much rosier – with Obama ranking 6 amongst the top 10 global leaders according to a Harvard University working paper. Yet in light of such concerns, rather than devoting more attention and resources to national security, the defense Budget has been shrinking for years. Important regional allies worry that the United States has lost focus on international threats. And instead of pursuing a vibrant growth agenda that helps families and grows the national tax base, the White House offers more Taxes and more Regulation s.

President Obama has two years left in office – and a great deal will happen in those two years. As Americans pause to reflect on the accomplishments of our presidents of the past, will history judge this presidency as a success, or a failure? The leadership we see between now and 2017 will determine the verdict.