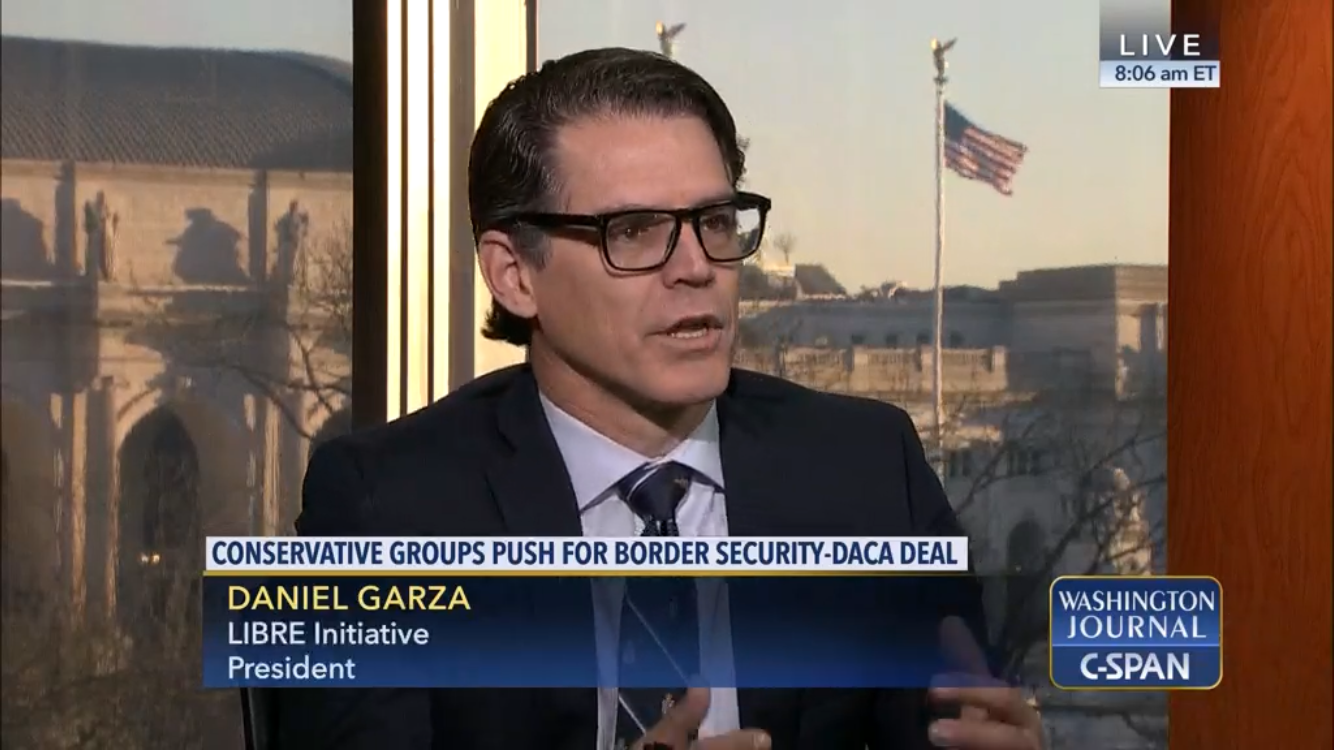 Daniel Garza – president of the LIBRE Initiative – spoke with C-SPAN’s Greta Brawner on Jan. 11 to discuss a permanent solution for Dreamers, those brought to the U.S. as children through no fault of their own, and the importance of immigration. With the government in the fourth week of the partial shutdown, the debate rages over the issues of border security and Dreamers.

“We need a legislative, permanent fix, because it is the role and the responsibility of Congress to [make] these kinds of reforms,” Garza said. “And they are the only ones that can actually give certainty to the 1.8 million kids.”

“If you leave it up to the courts, it’s a gamble. It’s a risk,” Garza continued. “For both sides.”

Immigration has made America, stronger, more prosperous, and culturally richer. We know that immigrants are very entrepreneurial, creating jobs for Americans and creating great wealth for our country. We also know that America’s immigrants are law-abiding, helping to make our country a safer and more productive place.

“We feel that immigration is good. It’s good for America; it makes us strong. It always has. Over the arc of history, over 200 million immigrants have come to America. And they have created wealth for themselves and wealth for our nation,” Garza said. “So, we want to continue that, to accommodate for a flow of immigrants that can make America stronger and richer.”

To hear Garza in his own words, and to learn more about the current immigration debate, listen here on C-SPAN.