CPAC 2013: The Latino Connection begs to differ with Liberalism 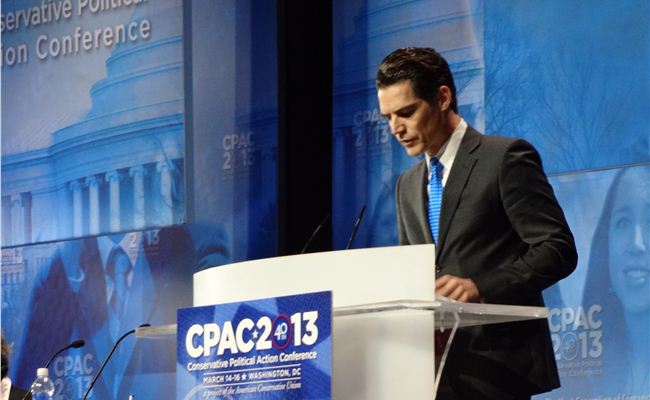 Daniel Garza, Executive Director for The LIBRE Initiative. spoke on the theme, “Respecting Families and the Rule of Law: A Lasting Immigration Policy.” Contrary to what many contend is the Latino sentiment concerning the state of the country, the LIBRE Initiative pushes the very same values, many around the world sought refuge under.

If Republicans were paying attention,many of Latino ancestry also believe in ‘limited government, property rights,rule of law, sound money supply and free enterprise.’ This is the message needed in this comprehensive immigration reform.

Garza spoke on ‘America’s rugged individualism, free market system, and a republic form that kept government in check was exactly what worked for over three hundred years to make America the richest, most prosperous nation in the history of the world.’

At a time when most Americans are struggling and straining, sliding from full time work, to part time work, just so businesses can glide under the radar of the Affordable Care Act and the roll call of government entitlement is more than 50 million, now is not the time for comprehensive immigration reform.

Now is not the time to invite millions of lazy and shiftless attitudes to that ‘rugged individualism’ under the pretext of passion. If Republicans were paying attention, they would have walked away with the understanding, America wasn’t built on passive handouts, selfish enterprise, or without contributions on behalf of those who feel as if, the rule of law is beneath them.

On immigration issues, Garza states,‘Even though most of us are not more than a generation or two away from the immigrant’s experience, today, immigration has become one of the most divisive issues of our national discourse.’

On illegal immigration, Garza believes‘the main goal should be to get undocumented immigrants employment visas so they can work in the U.S. legally and contribute to our economy, and citizenship could be considered later, if viable.‘

That represents comprehensive immigration reform, and as such, if the rule of law is enforced, both political parties will get a chance to actually witness a reality. Liberalism creates a influx of entitlement seekers, while Conservatism creates a ‘sound money supply and free enterprise.’ One enables the demise of the country, while the other attempts to revive the country.