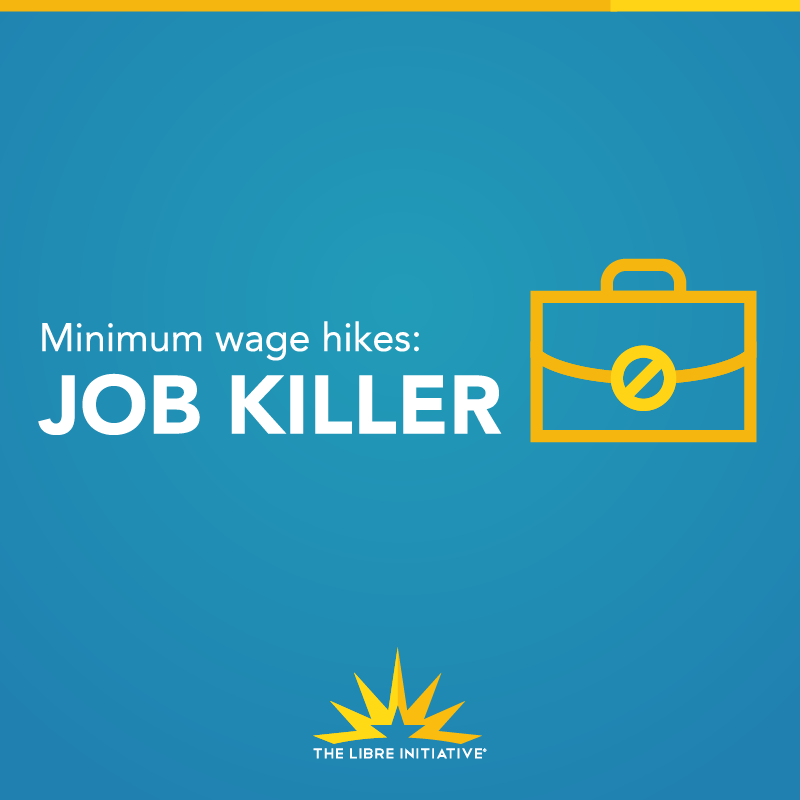 After nearly 10 years of sluggish economic growth, a weak labor market, and skyrocketing costs in healthcare, everyone can agree that Colorado workers have it rough. Yet with the recent vote on Amendment 70, Colorado workers are about to have it a lot rougher. Last Tuesday, Colorado voters decided to raise the minimum wage to $12 by 2020, a move that sounds good on the surface, but is likely to come with serious unintended consequences.

Unfortunately, that is exactly what Amendment 70 will do.

Raising the minimum wage has been observed to kill jobs for young people, Hispanics, and those with less education: precisely the groups it is supposed to help. By raising the cost of hiring these workers, high minimum wages make businesses think twice before taking on new employees. In some cases, they even make it impossible to keep the workers they have. According to a study by the Common Sense Policy Roundtable, Colorado’s minimum wage increase will reduce employment by 90,000 jobs by as early as 2022 – amounting to almost $4 billion in lost wages. Younger workers specifically are slated to lose over ten thousand jobs over this time period. A survey of restaurants found that 72 percent would respond to the minimum wage hike by cutting hours, 71 percent would respond by laying off workers, and a fifth would be forced to completely shut down some locations.

Far from simply giving workers a raise, the minimum wage comes with a massive list of unintended consequences, and the fact that there are so many of them just goes to show how blunt an instrument the minimum wage actually is. If policymakers really wanted to help the poor, they would cut taxes to leave more money in workers’ pockets to begin with. They could lower corporate taxes and cut unnecessary regulations in order to boost job growth. They could expand school choice to give low-income and Hispanic children a real chance to succeed. They could reform the criminal justice system to minimize the collateral consequences of incarceration, prevent police from taking people’s money without charging them with a crime, or even just put fewer hardworking Coloradans in prison so they can continue to support their families instead. There is no excuse for resorting to such a flawed policy.

But the minimum wage was never about helping workers. According to the editorial board of the Gazette in Colorado Springs, powerful special interests are at play.

“Raising the minimum wage helps high-wage union employees, but it threatens low-wage workers with nonunion, entry-level jobs. Unions want higher minimum wages because a lot of their employment contracts establish baseline wages with a formula that includes the minimum wage. Even though most union members make far more than minimum, raising it increases the next contract’s salary base,” they wrote in September, warning Colorado voters to reject the measure. “That is why Amendment 70 was proposed by the Services Employee International Union and the AFL-CIO and is funded with big out-of-state union money. They packaged their campaign as Colorado Families for a Fair Wage. It was a smart move, given that Coloradans are fed up with out-of-state special interests controlling our elections.”

Amendment 70 is one small fight in a much larger war on low-skilled workers. In the coming year, powerful special interests will continue to fight all across the country to raise the lowest rung on the employment ladder further out of reach of the least fortunate. For the millions of U.S. Hispanics who are struggling to make ends meet, we can’t let that happen.