Can We Learn About Immigration Policy from a 9-Year-Old Who Got a Snowball-Fight Ban Repealed? 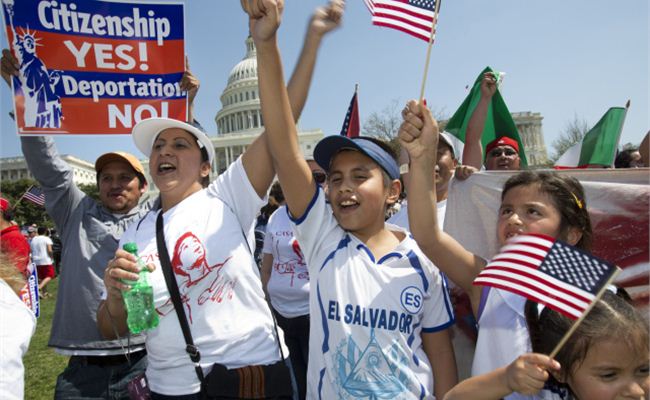 Sometimes, when laws become too old and arbitrary, it makes more sense to change the law than to punish the person in violation.

Take, for example, 9-year-old Dane Best from the small town of Severance, Colorado. An old town ordinance made it illegal to throw snowballs— but according to his mom, he threw them anyway.

“My boys have been breaking this ordinance for nine years,” Best’s mom said of him and his brother. Best’s favorite snowball-throwing target is his little brother, Dax.

The ordinance, passed in 1920, “made it illegal to throw or shoot stones or missiles at people, animals, buildings, trees, any other public or private property or vehicles,” the Associated Press reported. Snowballs counted as “missiles.”

While immigration policy is undoubtedly far more complex than a town ordinance about throwing snowballs, the snowball showdown shines a light on an important concept.

Did Best get punished for violating the arbitrary law? No. Instead, the law was reformed.

Last week, Best persuaded board members to strike down the ban.

“I think it’s an outdated law,” Best said. “I want to be able to throw a snowball without getting in trouble.”

The concept can — and should — be applied to immigration.

Our immigration system is broken. It doesn’t work for either side. Not only is the process difficult for immigrants, but American businesses and entrepreneurs are suffering because of it.

There are nearly 6 million open jobs in America, which American workers are not taking. There are individuals beyond our borders that would gladly work those jobs, pay taxes and contribute to society.

Unfortunately, the current immigration system would need reform to allow for that.

A good place for Congress to start is legislating a solution for Dreamers, those brought to the United States as children by their undocumented parents.

The administration announced it was ending the Deferred Action for Childhood Arrivals program more than a year ago, and Dreamers’ legal status has grown even more uncertain ever since as courts have gone back and forth on whether to keep the program alive. Communities across the country have been suffering because of it.

There are about 3.6 million Dreamers in the United States who are students, teachers, public servants — valued members of society. They’re currently living under threat of deportation, unable to plan for the future because Congress has not legislated a solution resolving their legal status.

If a 9-year-old can fight for commonsense policies, so can elected officials. Tell them to find a permanent solution for Dreamers, today!