Another Broken Promise to Hispanics and All Americans 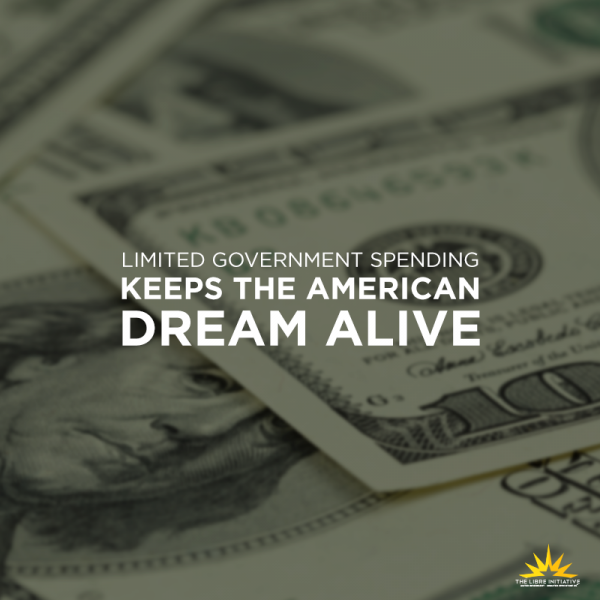 The budget agreement, which has been approved by Congress and signed into law by the president, breaks the promise of fiscal responsibility that was made by both parties to the American people.  In order to avoid a default, congressional leaders reached a major budget deal with the White House to allow the country to take on more debt and simultaneously set government spending levels for the next two years. The deal would raise the spending caps by $80 billion””$50 billion in the first year and $30 billion in the second year””divided between defense and non-defense programs.

The Budget Control Act of 2011 — the bipartisan law that created the caps on discretionary funding for fiscal years 2012 to 2021 – was sold as a commitment to curb our out of control spending.  Now, those same caps are being exceeded in an effort to allow even more spending The agreement effectively raises the debt ceiling and suspends it until March 15, 2017.   This deal is emblematic of what has become a common practice in Washington””not keeping promises made to the American people, and kicking the can down the road hoping that future congresses will fix our spending problem.

This deal is a particularly bad one for U.S. Hispanics. The burden falls heavily on their shoulders to pay the bill for congress’s fiscal irresponsibility. As the youngest demographic in the nation, U.S. Hispanics and future generations are disproportionately impacted by this recklessness.  The need to limit government spending coincides with keeping the American dream alive.

Just last May, the nonpartisan Congressional Budget Office (CBO) released its 2015 long-term budget outlook, which painted our growing national debt as a major threat to the economic stability and future of our nation. This current budget deal does not heed the CBO warning and puts us closer to the point where our national debt would start crippling our economic growth. While spending caps are not the ideal way to manage a national budget, in the absence of any real commitment to reverse our course, the spending caps should be maintained as they have been the only successful fiscal responsibility exercise under this administration.

If we look at the numbers (see chart 1), the caps have proven effective at constraining the discretionary spending of the federal budget. But there is also another, more pressing reason why the caps should be maintained. As noted in a recent analysis by the Mercatus center, federal spending has been growing despite the caps, since these only apply to the discretionary share of the federal budget (see chart 2).

If we can’t even keep the promises established by law in a completely bipartisan fashion, how can we hope to achieve the critical reforms that will put us back on a path towards prosperity and opportunity for all? How can we make sure the American dream lives on for the next generations of Americans?  This is the question Members of Congress and the White House should be asking themselves.