2015 Budget Proposal that Jeopardizes the Youth’s Future is Sad, But Not Surprising 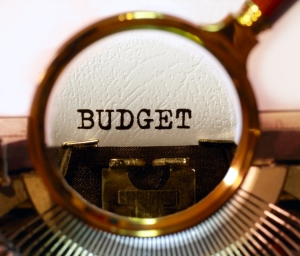 2015 Budget Proposal that Jeopardizes the Youth’s Future is Sad, But Not Surprising

At a visit to an elementary school in our nation’s capital this past Tuesday, President Obama explained “Our budget is about choices, it’s about our values.”  With an overall $250 billion increase over the $3.6 trillion estimated for 2014, one has to wonder — what exactly are these values to which the President is referring?

It must have been lost on the Administration that continuing fiscal recklessness means borrowing against the futures of our nation’s children; the visit to an elementary school remains an ironic choice.   The trip, of course, plays off the fact that part of the nearly $4 trillion budget plan released by the White House asks for increased spending on education, in addition to infrastructure and jobs training.

Education remains perhaps the single most important factor that shapes the course of an individual’s life.  Quality education provides the next generation with the tools, skills, and context to prosper by preparing them to contribute to society.  But empirical evidence shows time after time that indiscriminately throwing money at well-meaning but often ineffective programs – especially education – actually does harm to the very children it intends to boost by drowning them in future debt.

What children and parents need today is more educational choice in determining what works best for their unique needs. Instead of more choice, however, many on the left are actually working to restrict educational freedom and block charter schools from success.  While some outlets hail the President’s budget as a moderate or balanced approach, it is neither. The White House unfortunately – but not surprisingly – continues the failed approach of spending money that we do not have as a cure-all to the nation’s challenges.